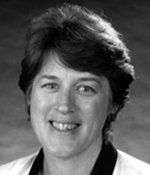 Clinton served as an adjunct assistant professor in the Vanderbilt University Schools of Medicine and Nursing. She has served as an advisor to former Vice President Al Gore, as well as to the Tennessee Commission on Aging, the National Center for Children in Poverty at Columbia University, the Appalachian Rural Science Initiative of the National Science Foundation, and several private foundations.

Her work has been recognized with the Families Count Award of the Annie E Casey Foundation and the Oscar van Leer award. She was recently honored with the Mary Jane Werthan Award of Vanderbilt University for her "inspiring and visionary impact on the lives of women at Vanderbilt and beyond."