Author, Playwright, Professor and US Ambassador 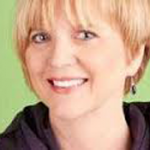 Dr. Dorothy Marcic is a playwright, professor at Columbia University, and a former professor at Vanderbilt University's Owen Graduate School of Management. She was a Fulbright Scholar at the University of Economics-Prague, teaching MBA students and practicing managers.

She served as advisor to the US Ambassador of the Czech Republic and was a delegate to both the United Nations Economic and Social Develop Summit in Copenhagen and the UN Commission on the Status of Women, as well as consulting with Ford Motor company, Hewlett-Packard, US Department of State, Bell Labs/AT&T, USAA Insurance and many others.

She is the author of 15 books, including the best-selling Understanding Management, Managing with the Wisdom of Love,Love Lift Me Higher, and RESPECT: Women and Popular Music, which was based on her qualitative content-analysis research of how women are depicted in the lyrics of Top-40 music. Using this research data, Dr. Marcic wrote two hit musicals: RESPECT, which has played 2600 performances in 32 cities to one million audience members/ticket buyers; and SISTAS, which was nominated as Best New Musical on Off-Broadway and has played Off-Broadway for two years.