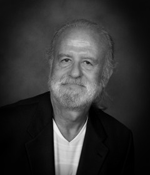 In the mental health field since 1968 and in private practice since 1979, Mr. Trout has, since 1986 directed The Infant-Parent Institute, which engages in research, clinical practice and clinical training related to problems of attachment.

In 2010, he was honored with a Lifetime Achievement Award, for his decades of work with foster and adopted children and their families, at the ATTACh conference in San Francisco.

In addition to publishing a number of book chapters and journal articles, Mr. Trout has produced 14 clinical training videos that are used by universities and clinics around the world, including the six-hour video training series, The Awakening and Growth of the Human: Studies in Infant Mental Health. He has also written and produced four videos focusing on the unique perspective of babies on divorce, adoption, loss and domestic violence.

He is the co-author (with foster/adoptive mother Lori Thomas) of The Jonathon Letters; the author of Baby Verses: The Narrative Poetry of Infants and Toddlers; the producer of two meditation CD's, including See Me As a Person: Meditations for Sustaining Relationship-Based Care, and The Hope-Filled Parent: Meditations for Parents of Children Who Have Been Harmed; and co-author (with Mary Koloroutis) of the 2012 textbook for healthcare providers, See Me As a Person.

The most important part of Mr. Trout’s work continues to be in his quiet private practice where he sees individuals and families of all ages every week.