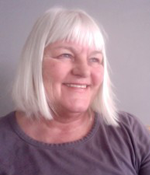 Peggy O’Mara was the Editor and Publisher of Mothering Magazine from 1980 to 2011. In 1995 she founded mothering.com and was its editor-in-chief until 2012. Peggy’s books include Natural Family Living, Having a Baby Naturally, and A Quiet Place. She has presented at Omega Institute, Esalen, Bioneers and La Leche League, International.

Peggy is on the advisory boards of Attachment Parenting International, Best for Babes, Holistic Moms Network, Infant Massage USA, Intact America, and Oak Meadow. She is the mother of four adult children and grandmother of two. Peggy has lived in Santa Fe, NM for 29 years.