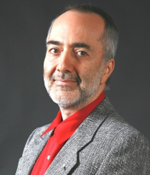 President of Troubadour Music, among the most successful independent record labels, Raffi was a pioneer in music for children and families: his CDs, tapes, videos, and DVDs have sold over 14 million copies in Canada and the US, and his books, more than 3 million copies. A generation saw him in concert and grew up singing "Down by the Bay" and Raffi's signature song "Baby Beluga." "Beluga grads" often tell him that they're now raising their own kids with his songs.

In his three-decade career, Raffi has refused all commercial endorsement offers, and his triple-bottom-line company has never directly advertised or marketed to children. Raffi has now become a "global troubadour," lecturing and networking to help create a viable future: a restorative, child-friendly world for ourselves and for those to come. His original philosophy, Child Honouring, is gaining support among eminent thinkers as a holistic organizing principle for a culture of peace. His Covenant for Honouring Children is widely circulated among child development, education, ecological economics, and environmental health circles.

Raffi has published Child Honouring: How to Turn This World Around, Resisto Dancing: Songs of Compassionate Revolution, and Raffi Renaissance. With these works, Raffi Cavoukian comes to the world stage as a catalyst for change at a defining point in human history - with an idea whose time has come.