I Love Doing Art, Just Not with My Kids: How I Got Over Myself and You Can, Too!

Art is one thing I feel like I really don't do enough of with the kids.

I am a big, ole Scrooge when it comes to any art other than drawing. The thought of clay, paint, and the like just makes me cringe: all that mess and chaos, ugh!

Don't get me wrong: I love to do art myself. I love it! Love, love, love it, but I tend to be kind of lazy when it comes to breaking out the messy stuff for my brood. Or, I thought it was laziness. Today, I'm thinking it is more like a self-preservation instinct.

I was recently reading a blog post describing a lovely winter trees project involving shaving cream, so I bought a couple cans of shaving cream and cleared off the kitchen table.

If you want this to be a blog post that inspires you to do art with your kids, stop reading now. Get some cans of shaving cream and have fun.

If you want to hear our story, read on.

THE BEGINNING OF THE END

I felt irritated that they were ignoring the whole concept of making beautiful art and instead focusing on the smoosh factor. I tried not to let it get to me: Intellectually, I know that it was still a fun tactile experience for the boys, even if they weren't making art as I had planned.

I praised my daughter's shaving cream swirls as they really were lovely. The boys then asked me to help them make swirls, too. I added more color to their piles of green shaving cream and all the kids successfully made swirly art.

I wish I could end the story here.

Once everyone had made several swirly art pictures, I started cleaning up. I admit that I felt a bit frazzled and ready for the art project to end.

While my back was turned, the kids again rubbed shaving cream on their bodies. I remember how their laughter began to get that crazy sound to it. You know, when the sound shifts from joyful, delightful giggling to insane, overstimulated, maniacal screams of laughter. I turned around as plops of shaving cream landed on the floor and chairs and my clothes.

What came next was not my finest moment.

I yelled, a bit. I tossed out some choice phrases that had no business being said to children. Maybe "yelled a bit" is being too kind. I screamed. I lost it.

All I could think was that I had spent all this effort trying to do something fun and special with them, and they were almost literally throwing it in my face. My oldest son got the brunt of my anger, because I reasoned that he "should know better" being the oldest and because I blamed him for the mischief. I sent the three kids to the bathroom to clean up.

When I had calmed down a little, I walked into the bathroom to see how clean-up was going. They were playing in the bathroom sinks with the shaving cream!

Thankfully, at that moment, my husband came home. He took over clean-up of the kids and the bathroom while I cleaned up the kitchen table and focused on calming down again.

After a few deep breaths, I went to talk to my oldest son. I apologized for yelling. We talked together about where things went awry. I asked him: "If you were at school, would you have taken the art supplies and started rubbing them all over his body?" He laughed while saying no. I explained that I was angry that he and his siblings had misused the art supplies. He replied, "But the shaving cream just feels so good!"

I told him that there is a time and place for whole-body art. At home, this time and place is outside in the summer where they can be hosed-off afterwards before coming into the house.

Then, I had a light-bulb moment!

"The other place for whole-body art," I said, "is in the bathtub where all the mess can be rinsed down the drain."

Frankly, I'm thinking all art should be done in the bathtub in the future. It really is the perfect location.

What is the moral of this story? I need to approach art with the kids differently. I need to expect mess. Expecting specific aesthetically pleasing results is just setting myself up for disappointment and stress.

Underestimating the amount of mess that can be made with two cans of shaving cream was a grave error in judgment on my part.

After thinking about it, the whole point of art is to enjoy the process and not worry too much about the end result. I lost that focus while gazing at pictures of magical, snowy trees and imagining my kids making something similarly cute. The kids' aim, though, was to enjoy the process.

As I reflect on what I could have done differently today, the experience is not without merit. I learned, and relearned, some important lessons. 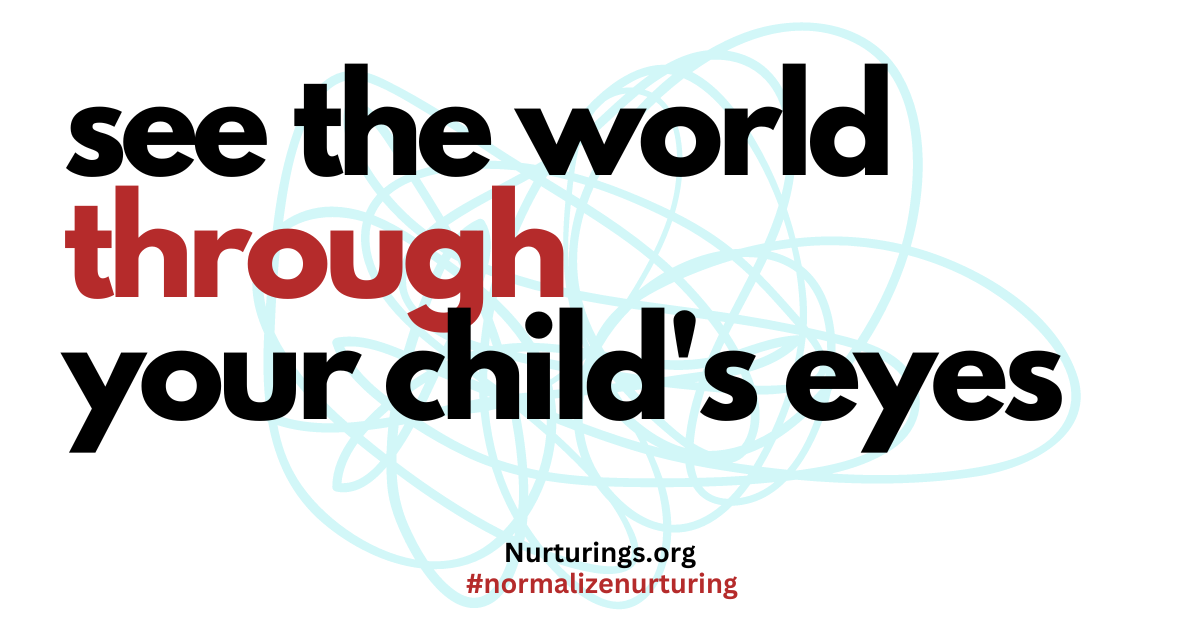